Step 1 : Link a user’s Paytm account with your application 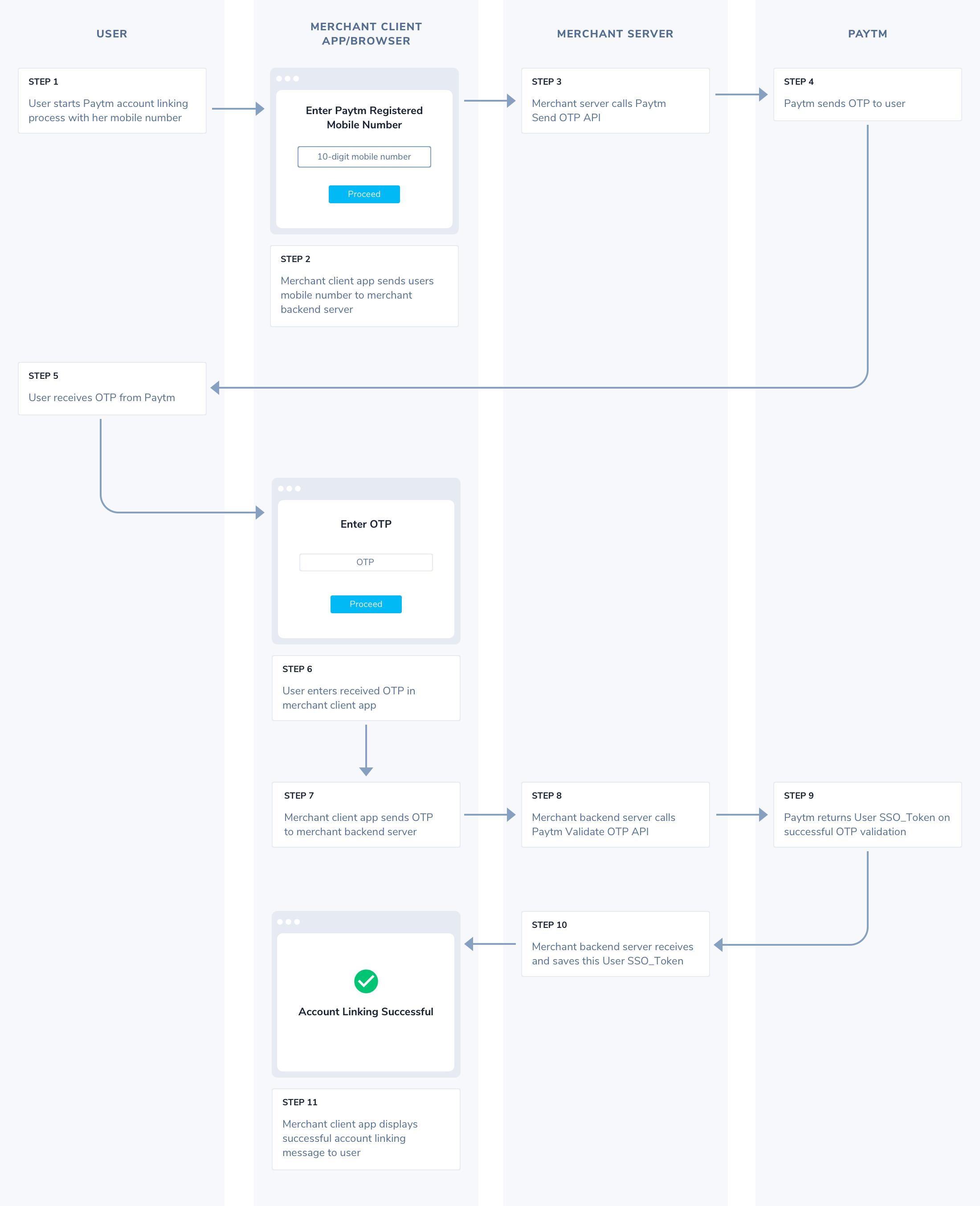 Please find below the list of APIs and their use cases with respect to the Paytm account linking on merchant App/website. 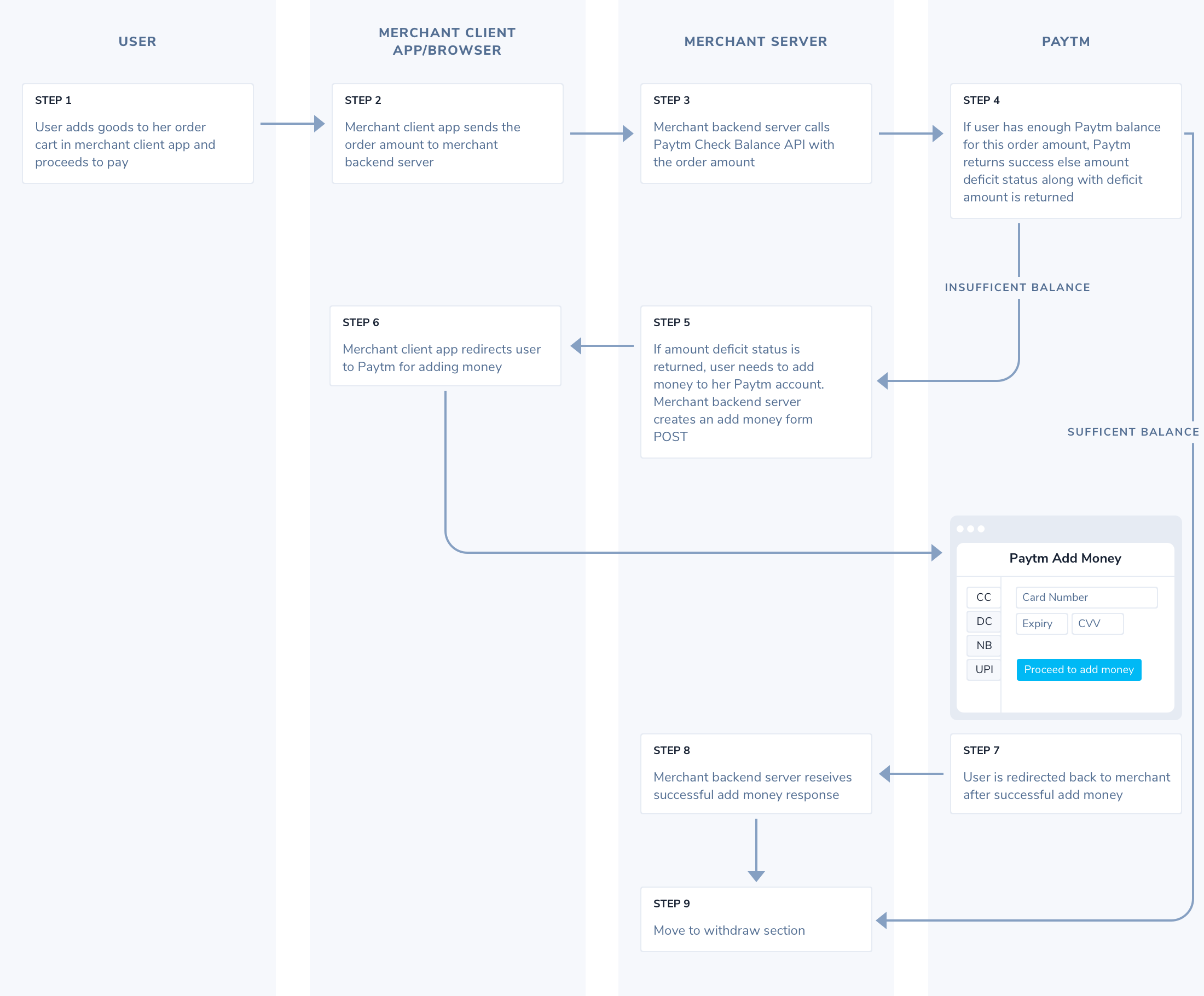 UPI Collect is the simple way of collecting the payment by prompting the user to enter the VPA address through which they intend to pay. User is notified through SMS and is prompted to make the payment on the relevant bank App.

The UPI Intent flow to collect payment works on mobile browsers/applications with the use of UPI supported apps installed on a user’s mobile device that makes the payment process for them a lot smoother. Its Improved and seamless payment process results in an optimal user experience for your customers by avoiding the switching between multiple apps (merchant, SMS, UPI app) for payments.

On successful block of the amount Paytm shares a Pre-Auth webhook to the merchant.

Feedback
Did you find this page useful?